HIDDEN GEMS IN ROME: 6 OFF THE BEATEN PATH ROME GEMS

Rome has many world famous attractions, but there are plenty of lesser known sights that are equally interesting. We’ve put together a list of 6 unmissable hidden gems in Rome, to help you get the most out of your time there.

From lesser known Rome museums to panoramic viewpoints and restaurants popular with the locals, these are the top secret Rome places that are well worth a visit.

Home of the French Academy in Rome, the villa has a fantastic location near the Spanish Steps, overlooking the whole city. Built in 1540, it was bought by Ferdinando dei Medici in 1576 and then by Napoleon in 1801.

Although it’s an unknown Rome attraction to most overseas visitors, it has been frequented by many creative Europeans over the years. The best French artists, composers and sculptors came here to study, including Boucher, Fragonard, Berlioz, Debussy and the architect of the French opera house, Charles Garnier.

These days there are up to 19 French-speaking artists and musicians in residence, and the villa hosts regular exhibitions and performances.

There are 18 acres of gardens to explore on the guided tour, and you’ll also see the cardinal’s painted apartments. There’s an elegant café selling panini and other snacks.

And now for that view, one of the best Rome secret spots. From this angle you can spot the huge white Monumento Nazionale a Vittorio Emanuele I to the left but there’s a panoramic, unencumbered view from all sides.

Nearby, take lunch at Ginger Sapori e Salute, Via Borgognona 43, for healthy salads and people watching. Walk down the Spanish Steps and check out the luxury hotels on via Condotti on your way. This light and airy restaurant focuses on Mediterranean food and 70& of the menu is organic.

Something of an oddity, Borromini’s Perspective is one of the most fascinating secret Rome places. The gallery has been designed to make you believe that it carries on far longer than it really does.

Giving the illusion of a length of around 37 meters, it’s actually only 8 meters long. The effect is created by a rising floor, descending ceiling and lateral columns gradually becoming smaller, and the Roman warrior at the end is 60 centimeters high.

Housed in a shady courtyard filled with orange trees in the Palazzo Spada, this optical illusion was commissioned by Cardinal Spada. He asked Baroque architect Francesco Borromini to create it with the help of a mathematician.

The Palazzo Spada itself is one of the best Rome hidden gems. The gallery is filled with paintings, sculptures and furniture from Cardinal Spada’s private collection. There are works by Rubens, Titian, Caravaggio and Brueghel the Elder to admire, hung in the 17th century style, frame to frame.

Grab a quick snack close by in very casual surroundings at Dar Filettaro for a Roman take on fish and chips! This fried, salted cod treat called filleti di baccala  is a favourite with locals. It’s meant to be eaten with your hands not cutlery, so dig in and enjoy.

The French have certainly been active in Rome, as this magnificent church is dedicated to St Louis IX, King of France. It is also known as the Church of St. Louis of the French.

One of the most outstanding Rome hidden treasures is the trio of Caravvagio paintings in the Contarelli Chapel. Created from 1599-1600 they depict the life of St Matthew with striking contrasts of light and shade.

To the left is The Calling of St Matthew and to the right is The Inspiration of St Matthew. The other painting is The Martyrdom of Saint Matthew.

These were Caravaggio’s first important church commission, and greatly reinforced his reputation. Today, entrance to the church is free but you’ll be wise to spend a few coins in the slot machine to light up the paintings and see these baroque gems in all their splendour.

Dine at Etabli on Vicolo delle Vacche 9, a shabby chic Roman restaurant in a 15th century building on a cobbled pedestrianized street. They have really tasty food and some of the friendliest waiters in the city. It’s a nice hidden Rome eatery in which to enjoy an aperitivo in Summer or a winter warmer by the open fire.

4. Rome Rose Garden and The Garden of the Oranges

Savello Park, or Garden of the Oranges, has a fantastic view across the Roman hills. On the walk up, you’ll come across the lovely Rome Rose Gardens, one of our favourite Rome secrets.

Open from 21 April to 14 June, if you’re lucky to visit between those dates you can admire 1,100 varieties of rose and a view towards Circus Maximus and Palatine Hill.

Once at the top, you’ll see lots of oranges on the trees and also on the ground – we couldn’t resist trying our hand at juggling! There was originally a castle here in the tenth century and its medieval walls still surround the park.

This charming area is one of the best Rome secret places to watch the sunset over the monuments.

Eat at Marco Martini down the hill from the Orange Garden. This Michelin starred Rome restaurant serves delicious food in a shady courtyard. There’s a stylish Rome boutique hotel, The Corner Townhouse, above if you don’t feel like going home.

5. The Mouth of Truth

The Bocca della Verità or Mouth of Truth is an image of a face, housed in the entrance to the church of Santa Maria in Cosmedin. No one knows what the sculpture originally was, some say it was part of an ancient Roman fountain or even a manhole cover.

This famous Rome landmark may represent the god of the river Tiber. From the Middle Ages onwards, people believed that if you told a lie with your hand in the mouth of the sculpture, it would be bitten off.

In the classic film, Roman Holiday, Gregory Peck improvised a scene there with Audrey Hepburn, pretending that his hand had indeed been bitten off! For lunch or dinner afterwards, Corner Townhouse is very close by.

This picturesque area on the other side of the Tiber is hidden Rome at its best. In fact it takes its name from the Latin trans Tiberim which means beyond the Tiber. You can reach Trastevere by crossing Ponte Sisto, a picturesque pedestrianized bridge.

Take time to explore the narrow lanes and cobbled streets, and to enjoy the restaurants and lively nightlife. Once a working class neighbourhood, today it’s a popular area for tourists and locals alike. Many people congregate in the Piazza Santa Maria, the heart of the area, to listen to the street performers at night.

Experience a hidden Rome food tour, which includes multiple tasting stops followed by a delicious dinner and wine. This fun tour is led by an expert English speaking guide.

We also recommend visiting one of the best gelaterias in Rome – look for the sign “Artigianale” above the door which means that it’s all home made. There are lots of great eateries on our tour, but if you want the inside scoop, do take their tour.

Other Hidden Gems of Rome

The area of Coppedè is Rome’s smallest district yet it has a lot of historic charm. Antica Farmacia della Scala is a 17th century pharmacy with beautiful wooden panelling. Palazzo Farnese is a stunning Renaissance villa that is now the French Embassy in Rome.

Places to Stay in Rome

There are some very luxurious hotels in Rome, many with tranquil courtyards or rooftop terraces. We particularly like the newly renovated Hotel Eden, the Intercontinental de la Ville Roma and the Parco dei Principi.

These are some of Rome’s lesser known attractions, but no doubt you’ll want to make time to visit the Colosseum as well as the Sistine Chapel, St Peter’s and the Vatican. And if you like getting off the beaten path, do check out our recommendations for hidden gems in London, Ibiza, Paris and Venice.

Are there any other hidden gems in Rome that you would recommend visiting? Let us know if you have any good recommendations. 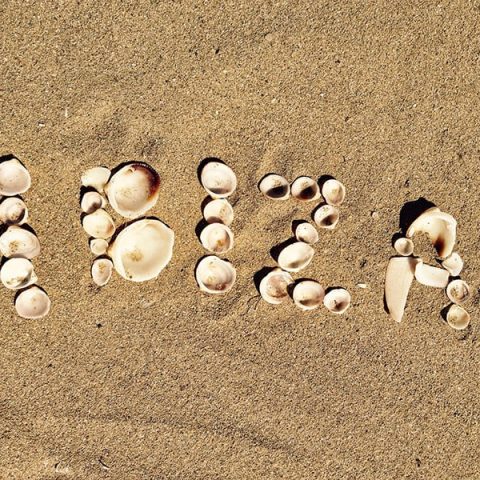 Over 40 great secret Ibiza places, restaurants and things to do. 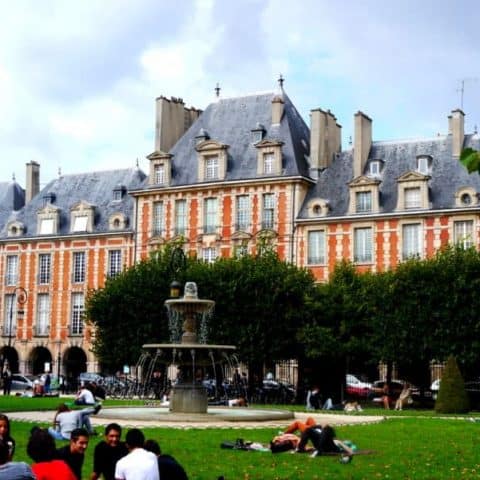 Off the beaten track places on the Andaman Coast in Thailand.

See Venice without the crowds at these secret spots. 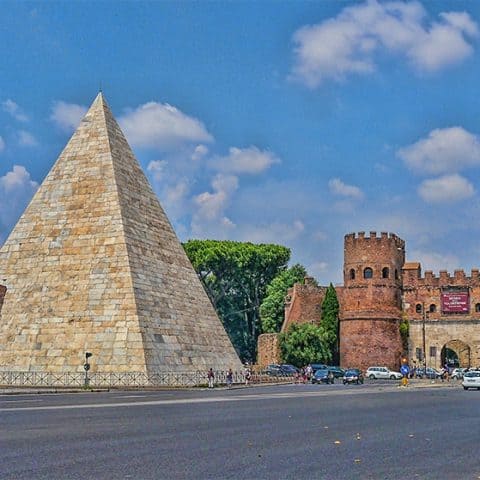 Our favorite hidden gems in Europe.

76 thoughts on “HIDDEN GEMS IN ROME: 6 OFF THE BEATEN PATH ROME GEMS”