Monaco might be small, but it is perfectly formed. The Principality of Monaco lies on the Mediterranean sea and is bordered by France, with Italy also within easy reach. Monte Carlo is often mistaken for the capital of Monaco, but it’s actually one of the four government districts.

The advantage of its compact size, at 1.95 square kilometers, is that it’s very easy to explore. Here are our top tips on what to do in Monaco for a day. Having said that, there’s so much to see that you might well want to stay longer.

What to Do in Monaco for a Day

Whether you’re into culture, shopping or fine dining, there are some great things to do in Monte Carlo and Monaco. Here are the best Monaco attractions that you shouldn’t miss.

When visiting Monaco in 1 day, you shouldn’t miss Montecarlo Casino. This famous landmark is a spectacular Belle Epoque building that also houses the Opera House.

Designed by Charles Garnier, the famous architect of the Paris Opera House, it was opened in 1875. The interior is as impressive as the outside, with huge chandeliers and stained glass.

When visiting, remember to take your passport or identity card and for men, to wear a jacket and a tie. The entry fee varies depending on which rooms you are visiting. All casino visitors must be aged 18 or over. 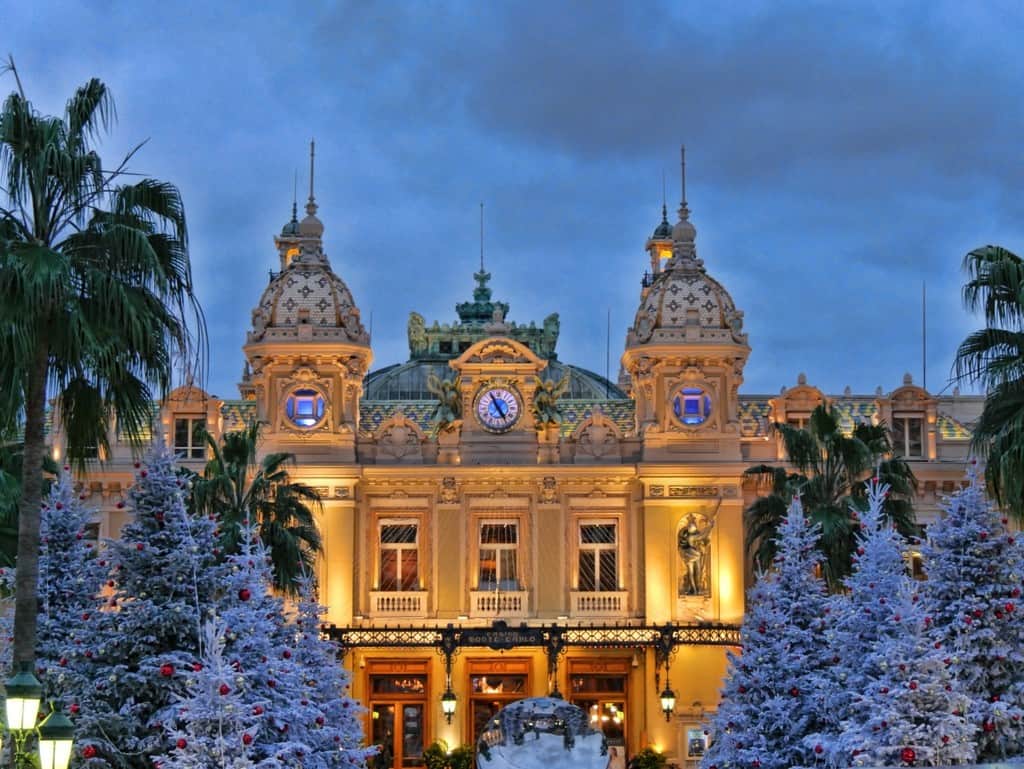 The Cathedral is often known as Saint Nicholas, and is the place where Prince Rainier and Princess Grace were married. Built in 1875 on the site of a 13th century church, it’s located in the old town.

Also in the old town, nicknamed The Rock (or Le Rocher in French), don’t miss the changing of the guard, every day at 11.55 am.

The guards stand watch over the Prince’s Palace. Whether you visit Monaco in one day or for longer, this imposing building definitely merits a visit. The State Apartments house stunning 16th century frescoes. The old town itself has some picturesque cobbled streets lined with restaurants and gift shops.

Monaco is famous for its association with Formula One racing. The annual race takes place in the third week of May. Tickets and accommodation can be very hard to come by, so book well in advance!

The Formula One circuit is in the heart of the city and you can retrace the steps of so many racing drivers yourself if you come with a car. The Automobile Club de Monaco, who organise the Grand Prix and the Monte-Carlo Rallye, has a popular racing memorabilia store at 46 rue Grimaldi.

The Exotic Gardens contain thousands of rare plants, as well as a grotto. The Princess Grace Rose Garden is located within Fontvieille Park, and has recently been remodelled and extended. There are 8,000 rose bushes and 300 different varieties.

The Zoological Gardens are fun to visit if you have children with you, or even just if you are a big kid like us – who could resist this meerkat.

La Condamine holds the Port of Monte-Carlo, and the Yacht Club designed by Sir Norman Foster and Partners.It takes centre stage in Monte-Carlo’s remodelled harbour. The luxurious boats in Monaco are definitely worth having a look at.

If you only have one day in Monaco, the Oceanographic Museum is a must-see, containing a world-class aquarium with 4,000 species of fish. There’s even the possibility of stroking a shark with a special tank where the (thankfully very small!) sharks swim up to you if they want to be stroked.

The oceanographic museum has a terrace restaurant and well stocked gift shop.

The Lexus LS600h Landaulet is an ecologically advanced hybrid that was used for the marriage of Prince Albert and Charlene in 2011. Prince Albert is passionate about limiting climate change and whilst we were in Monaco, we saw him and his family participating side by side with local people on a World Climate March.

We’d also recommend a Nice to Monaco day trip if you have time.

Where to Eat in Monaco

You’ll be spoilt for choice in Monaco, as there are so many excellent restaurants specializing in fish and meat, to suit all budgets. We particularly enjoyed Les Perles de Monte-Carlo, Beef Bar, Maya Bay and the Brasserie de Monaco.

Thanks to the mild climate, you may even be able to eat outside as we did a couple of times, despite it being December.

What to see in Monaco in one day if you’re more into shopping than museums? Well, Monaco has some very luxurious shops and is the perfect place for a spot of retail therapy. The Monte-Carlo Pavilions are striking pebble-shaped pop up shops in the Boulingrins Gardens, next to the Place du Casino.

You’ll find a range of luxury brands here including Bottega Veneta, Lanvin and Miu Miu. There are many more in the nearby Carré d’Or (Golden Quarter, literally translated) including jewellers and antique dealers.

The Metropole shopping gallery is opposite the Casino Gardens, and houses 80 boutiques. Tax free shopping is available in Monaco to those who are not citizens of the European Union.

By plane –  There is no airport in Monaco itself bu Nice Côte d’Azur International Airport is 14 miles from Monaco and serves more than 86 worldwide destinations.
By helicopter – Monaco’s Heliport, on the seafront, reduces that journey time to just 6 minutes from the airport to the centre of the Principality.
By train – There are regular trains from Monaco/Monte-Carlo station to a variety of destinations including Nice.
By car – Around 30 minutes drive from Nice International Airport.

Monaco has an extensive network of buses but to really travel in style, we recommend hiring a car at Nice Airport. We chose Auto Europe and were really pleased with our luxurious Audi A4, which had plenty of boot space, air conditioning and ample acceleration.

No we weren’t trying to outdo the Formula One drivers, but there are a few hills where it definitely came in handy! Pick-up was easy but the system for returning the car was particularly efficient. We just drove into the designated car park area at Nice airport, handed over the keys and someone inspected the vehicle, then we were on our way.

Where to Stay in Monaco

Monaco has a range of hotels for different budgets, all within easy reach of the main attractions. A good mid-range option is the Columbus Monte-Carlo, which has a fantastic location overlooking the sea and the Princess Grace Rose Gardens.

This Montecarlo hotel has the added advantage of not being situated within the main Formula One racing circuit. It means that hotel guests can come and go freely during the race, and many racing drivers choose to stay here.

Our newly redecorated deluxe room had a balcony with a Rose Garden view, air-conditioning, soundproofing, a flat-screen TV, safe and complimentary wifi. We particularly liked the substantial roof terrace, also overlooking the garden, and the spacious lobby lounge.

Have you ever visited Monaco and Monte-Carlo? We love Monaco for its great restaurants, tourist attractions and security.

Read all our tips for things to do in Monaco here.

Like these tips on what to do in Monaco for a day? Pin for later or share with friends.